“Genius often comes at a Price.“

At a time in our lives when it may feel to some people like the apocalyptic end, impending Donald Trump‘s presidency, we were divinely gifted with so many spiritually-coated, melanin-enriched art in the form of music. A prime example of this is Solange‘s A Seat At the Table, an album that was inspired by numerous black artists and not short of self-discovery and empowerment. Another great example is We got it from here..thank you 4 your service, a classic from seasoned vets; A Tribe Called Quest.  The album that was not only dedicated to the late ATCQ founding member Phife Dawg but had also vocally stamped a firm message supporting both artistic freedom and black empowerment. However, the most monumental album of 2016, in my humblest of opinions, wasn’t neither J. Cole, Kanye or even Beyonce, but Passion, Pain and Demon Slayin by Kid Cudi.

I was drawn to this album by what’s been going on with Kid Cudi in the last couple of months of his life. This was definitely a year of self-exploration, honesty and spiritual enlightenment for all. This was a time of “getting your shit together”, even if that meant to put yourself in the most vulnerable stage of oneness and being bare and unapologetic about your truth. When Kid Cudi announced that he was going into rehab for depression and for having thoughts of harming himself, it was hard for me to hear that someone who I admire as an artist, a creative enigma, a successful black man was still in this mental prison, that was so unbearable that he just wanted it to all go away. But I was also proud that he chose to get help for those thoughts that he was having, that he was strong enough to fight those urges.

When PPDS came out last week, I had already heard Frequency and I was in love with it. I mean this was a song that didn’t sound like any other songs that was out at the time. With lyrics like, “Curiosity is the key to my frequency. Explore what you find.”, “Yeah, Yeah widen the view, and tune on into the frequency.” and even “Couple clubs and I’m in the zone, Rather take the party home. Took it in the groove, wet sex passionate in a dark tomb,”  How does that not moist your Yoni? Or for the fellas, get up in the Yoni? And don’t even get me started on the video.

When I first got the album, I didn’t listen to it straight through as I normally would with a new album. I was drawn to one particular song from jump, Cosmic Warrior.  It has this psychedelic, Greek mythology, Marvel comic book, Harvey Birdman, Superhero-futuristic sound to it and I was fucking feeling it. I played this song literally a thousand times over and couldn’t get over it. Couldn’t get enough of it. And once I was able to sit long enough to listen to the words of this track, it opened up my heart chakra. When you see or hear the word Cosmic, you may think of something extraterrestrial or supernatural, while you know a warrior is a fighter or could even be seen as a superhero. So when you think of this extraterrestrial fighter being surrounded by this infinite light that illuminates dark areas or protects one from darkness or negative entities, you can’t help but to know Cudi is speaking of himself. Although I would love for him to either confirm or deny this theory of mines. 😊 With tracks that oozes almost tantric-like sexuality like Releaser where Cudi talks that shit in French (yes he did it immaculately) to  The Guide with Andre 3K with lyrics like “I need a winning woman, a Wonderwoman. A Gal Gadot, sophisticated and hot. She knowin’ what she doing like the music here. When she step on the scene she could light up the block,” PPDS in full leaves you with the feeling of wanting more.

*And if Cudi ever reads this… the woman that you are looking for.. *Points to self* right here. *

Between going to school for Art and just obsessing over Artists of the 20th and 21st century, most of the troubled minds have released some of the most beautiful art. “Genius often comes at a price.” The tortured artist with a mind only a few can grip and understand without judgement, are known for going into a deep part of their psyche, their hurt, despair and releasing… magic. Passion, Pain and Demon Slayin is Cudi’s Symphony No. 9, his Les Demoiselles d’Avignon.

This album is a mosaic of high frequency music, healing for both the artist and the listener. It has attuned vibrations that leaves you breathless and feeling exuberant in an euphoric trance. I’m not saying this because Cudi is fine as hell, although it helps, this is a record that will awaken a lot of sleeping demons within us. We all have a fight to endure, to conquer and to learn from. I believe that we are all  given a journey in life that we are created for and everything that we go through is to help us built a stronger person within.

This album is Cudi speaking to all the tortured souls out there, including his very own. Poetic, yet therapeutic. I strongly believe every single person who is going through the fight of their life can and will find the strength to go on from listening to this album. 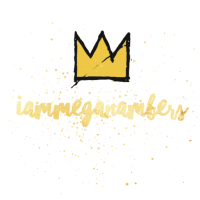